The aim of any modelling approach is to create an abstract representation of reality. Put simply, it needs to enable users to understand the following:

The ‘where’ and the ‘how’ comprise the building blocks to this model, i.e. they are the independent foundation layers on which the model is built.
The ‘why’ drives the model’s application, and helps utilise the information in the foundation layers to identify how the network operates.

The Connexity graph is a fundamental mathematical concept. This concept is used in RailTopoModel® only to modelize the topology of the network. Read this section if you want to find out more about the differences to classic node edge approach of graph theory. 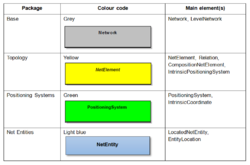 This section describes the basic components of RailTopoModel®. Read Core elements if you are interested in the principles of building the model. 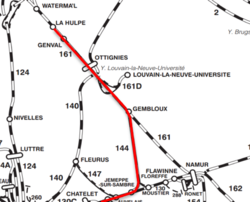 The RailTopoModel® approach considers several different levels of detail that are linked with each other via aggregation. Read Levels of detail if you want to learn more about how these levels are defined and how they are connected. 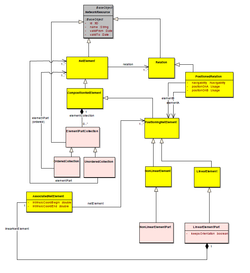 This part describe the topological Structure of the network. 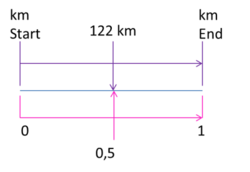 Positioning of assets is a central concept of RailTopoModel®. It includes both, the classical track-related topologic positioning from the railway domain and the coordinate positioning from geodesy. Read the details about these different types of positioning and the approach of linking them in Positioning.

The question "How to locate elements in the RailTopoModel® network" is focus of the explanations in the section Object positioning in the network.